Think that anti-inflammatory diets are only for people who have inflammatory conditions like arthritis? Think again! Adding anti-inflammatory foods to your diet can go a long way in lowering your risk of certain conditions, including cardiovascular disease (CVD) and cancer. Here are seven different food types that have been shown to help fight inflammation.

What is inflammation anyway?

Inflammation is part of your body’s immune response to injury and infection. And damaged tissue releases chemicals that signal your white blood cells to start repairing the damage.

Chronic inflammation has been found to increase the risk of:

Acute inflammation causes some pretty obvious signs and symptoms, like redness, swelling, and pain. On the other hand, chronic inflammation, isn’t so obvious. The symptoms can be easy to overlook or pass off as age or just working too hard.

Signs and symptoms of chronic inflammation include:

Your run-of-the-mill acute inflammation is caused by an injury, like a bruise. Factors that can trigger a low-level inflammatory response include:

How does food help with inflammation

It turns out you really are what you eat!

Always remember that your diet can contribute to most of the inflammation triggers we just covered. So, the choices you make can either increase inflammation in the body or lower and protect against it.

Highly-processed foods, refined carbs, and trans fats can cause many issues. They’ve been shown to cause everything from weight gain, to insomnia, and even throw your hormones out of whack. On the flipside, anti-inflammatory foods are less likely to cause weight gain or hormonal imbalances. And they even have a protective effect thanks to natural antioxidants and polyphenols.

Also Read: These are the 20 best foods for women

First, let’s be clear that there’s no specific anti-inflammatory diet yet. Second, save your money on anything touted as that, no matter what your favorite Instagram influencer tells you.

That said, researchers have identified foods that have anti-inflammatory properties can help control inflammation. There are enough of them that you can easily cover all the major food groups. Which allows you to maintain a well-rounded diet that won’t get boring or leave you hungry or hangry.

Here are some foods to add to your diet to help with inflammation.

It’s true that certain types of fish have been shown to inhibit inflammation. Salmon, tuna, mackerel, and sardines are high in Eicosapentaenoic acid (EPA) and docosahexaenoic acid (DHA) — or marine fatty acids in plain English.

They work by interfering with cytokines and leukocytes, which are immune cells involved in your body’s inflammatory response.

Ah nuts! A tasty, crunchy snack AND a way to reduce inflammation!

In 2016, a study published in the American Journal of Clinical Nutrition found that eating nuts had lower levels of inflammatory markers.

Additionally, nuts are also packed with nutrients, plant protein, fiber, and fatty acids and antioxidants. All of which make for a healthy and filling snack. And speaking of filling, a few nuts can help keep you full longer, which can make weight loss easier.

FYI: The benefits come from all tree nuts and nut butters, like peanut butter.

First, olive oil is basically a wonder food according to the many studies that have confirmed its benefits.

It contains several phenolic compounds that have powerful anti-inflammatory effects. And according to research, one of these compounds, called oleocanthal, contains similar properties to ibuprofen.

Choose extra-virgin olive oil for the most benefits and don’t worry about it contributing to weight gain like other oils. And there’s some evidence that it may even help you lose weight.

Even if you’re over the kale trend, you can still reap the anti-inflammatory benefits of other greens.

Green, leafy vegetables protect cells from free-radical damage and help with inflammation because they are packed with antioxidants.

Some also contain a compound called sulforaophane, which appears to inhibit the inflammatory response, according to research.

Greens that help with inflammation include:

Whether you like them sweet or spicy, peppers are high in vitamin C and antioxidants with powerful anti-inflammatory action.

To help fight inflammation with peppers, add these to your diet:

Most berries may be small, but they are jam packed (ha!) with fiber, vitamins, and nutrients.

The types of berries that help with inflammation include:

Part of grape’s anti-inflammatory action comes from anthocyanins, which are antioxidants. And finally, grapes are also an excellent source of the compound resveratrol. Which has also been shown to reduce inflammatory gene markers.

Also, there’s evidence that grape resveratrol increases levels of a hormone called adiponectin. Having low levels of adiponectin has been linked to weight gain, which we already know can trigger the inflammatory response.

How do you know if you have chronic inflammation?

All it takes is a blood test that measures the C-reactive protein (CRP).

CRP rises in response to inflammation. Depending on the level of CRP in your blood, your doctor can diagnose a low, chronic level of inflammation.

CBD has a reputation as supplement that can help fight inflammation. While the science looks promising, we need more research before we can draw a direct correlation. In the meantime, it does seem like diet can have a positive effect on inflammation issues.

Also Read: These are the three biggest misconceptions about CBD.

As you probably know, chronic inflammation is bad news for your entire body and what you eat can make it better or worse…or better. Adding foods that fight inflammation and cutting back on those that increase is a great idea. It can help you lower your risk of disease and relieve pain, fatigue, and other symptoms.

As we continue to learn more around how diet can affect our overall health, it’s great to keep track of new findings and research as it comes out. 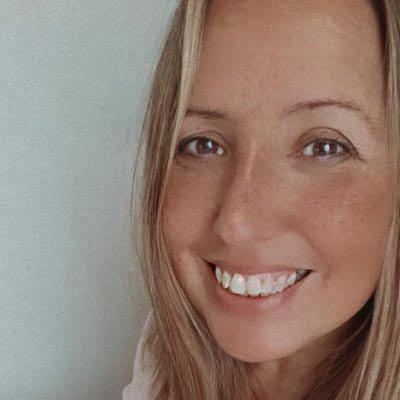 Kaelyn Johnson, MPH, R.D.
Kaelyn Johnson is a Registered Dietitian from Southern California who has worked as a clinical dietitian and is now a freelance writer. She has written for WebMD, produced an e-book, and written case studies for healthcare practitioners. 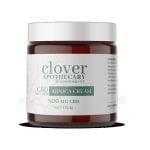 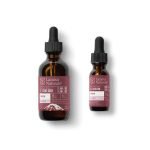 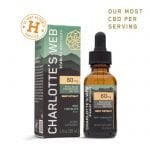 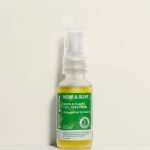 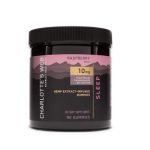 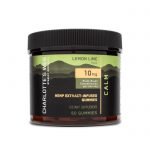 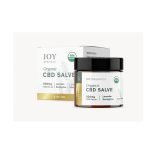 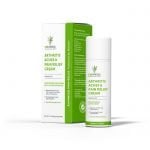